So I got up at 7am, and joined crowds of people in the heat, with rubber dingys around their waists, men dressed as women, etc. for a few beers as the bloco came to Santa Teresa. The little yellow tram that still run here was filled (when it eventually arrived) with a band, and the throng followed it up the hill.

It was a surreal sight at first, the mixture of bright-eyed people such as ourselves who had just got up and those who never went to bed. Somehow the sheen that covers them is different, being older I guess. The red eyes are a giveaway too. Among the crowds was a group of lads who had dressed up as police from Lei Seca, or Dry Law, the cops who breathalyse folks here and fine them or take away their licences. If you have any booze in you AT ALL this can happen, which has gone down like a cup of cold sick in a country which has more holidays than any other a year, and that’s before you take into account the full impact of carnival – and let’s not even go there if it’s a World Cup year. In fact, I am slightly afraid of still being here when the football’s here, seeing as Brazil have a good chance of winning (looking at previous records) and the place wil go nuts.

Instead of Lei Seca, the guys had ‘Lei Molada’ (or wet law) and were offering to breathalyse people to check they had drunk enough alcohol. I was advised to drink more. I imagine that will happen over the next few weeks – but first, the tranquility of the Pantanal.

I am writing this while there is the occasional explosion of drums in the street outside. Being on a windy hill, it’s difficult sometimes to work out where sound is coming from. In a way, it doesn’t make much difference since being two weeks away from Carnaval means blocos of folks with deafening drums are pretty much everywhere.

Cariocas seem to travel most of the time, while their city fills up with tourists and people from outside Rio.

I wasn’t looking forward to it particularly, seeing as I feel like an enforced party sometimes isn’t fun – particularly one that goes on for more than a week. It’s sort of like drinking with an alcoholic; at first it’s a thrill (“we’re starting at 7 in the morning!”) then it starts to make you feel ill, and just when you feel totally broken and exhausted, it really kicks in.

However everyone says the bloco in Santa Teresa is one of the best, and having just got a ticket for the winner’s parade on the final weekend at the sambadrome, I must admit I’m excited.

Before that, I’m going to spend a week in the Pantanal, the world’s biggest wetland, getting up at 5am to trek across the big open plains in search of wildlife. I’ll post some pictures on here once I come back, if I come back, and don’t get eaten by an alligator or bitten by a Brazilian Wandering Spider (google that shit if you don’t know). 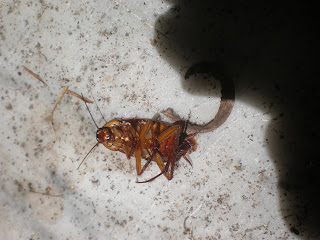 And its slightly sinister attempts to configure all accounts together. I used to use another email address to post on here, and it’s taken about half an hour to get into my own account. Thanks, but I don’t particularly want my gmail (used for work) to link to my Facebook (used for friends) to link to this (somewhere in between).

Anyway, this week in the 40 degree heat I have been mostly knocking teaching on the head in favour of journalism. Probably in anticipation of the World Cup and Olympics here (right after the UK ones provide some tabloid fodder), you can’t go anywhere without seeing adverts for English schools. They’ve often got names which try and make them sound really authentically American, like Wise Up or Uptown. They pay their teachers about £4 an hour, even less if you consider the time you spend preparing and travelling.

In some ways it’s been good, as I’ve met lots of people that way and students have given me ideas or information about stories along the way. I just felt a bit like Will Smith in The Pursuit of Happyness when he’s going to work every day in a suit, leaving a homeless hostel, and working at a stockbrokers but hardly being able to afford to eat. Now I’m keeping on a few private students just really for the conversation and excuse to leave the house.

In other news, summer is idyllic here, you can go to the beach every day, drink beer and wake up to another blue sky. The only problem is these little blighters – cockroaches – which are absolutely everywhere.

Next missive soon, if and when I manage to log in again.